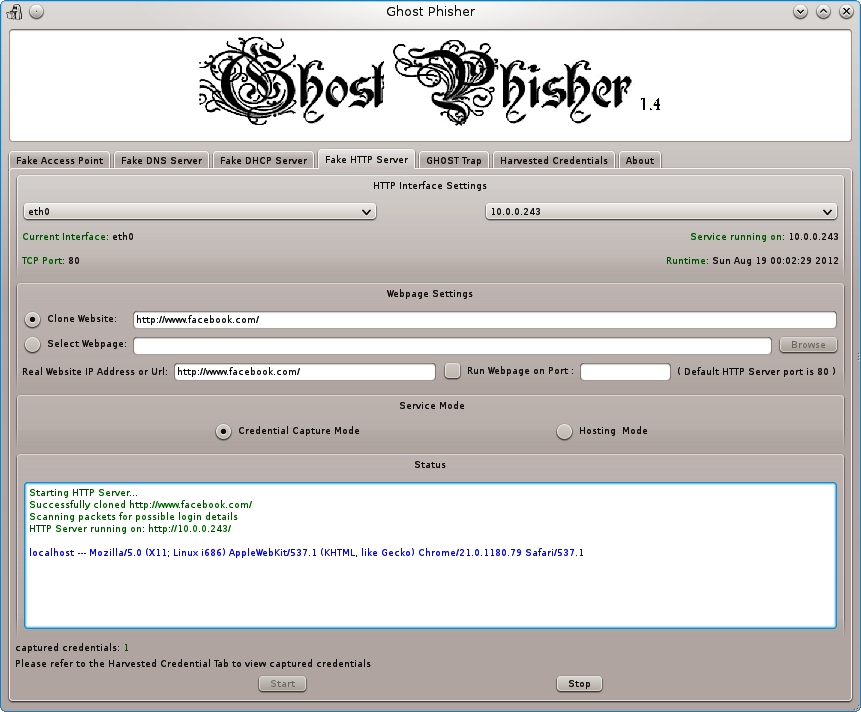 Ghost Phisher is an application of security which comes built-in with a fake DNS server , DHCP server fake, fake HTTP Server and also has a space for the automatic capture and recording credentials HTTP method of the form to a database. The program could be used for on-demand service of DHCP, DNS, or requests of the phishing attacks.
The Software runs on any Linux machine with the programs prerequisites, But the program has been tested on the following Linux based operating systems:

The Program requires the following to run properly:
The following dependencies can be installed using the Debian package installer command on Debian based systems using "apt-get install program" or otherwise downloaded and installed manually