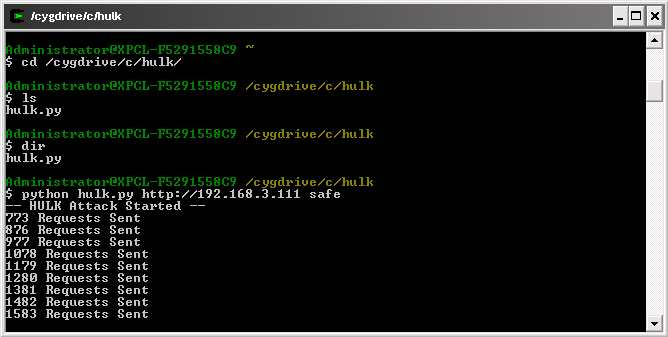 HULK is a web server denial of service tool (DDoS Tool) written for research purposes. It is designed to generate volumes of unique and obfuscated traffic at a webserver, bypassing caching engines and therefore hitting the server's direct resource pool.

The Hulk Web server is a brainchild of Barry Shteiman. This DDoS attack tool distinguishes itself from many of the other tools out in the wild. According to its creator, the Hulk Web server was born of his conclusion that most available DDoS attack tools produced predictable repeated patterns that could easily be mitigated. The principle behind the Hulk Web server is that a unique pattern is generated at each and every request, with the intention of increasing the load on the servers as well as evading any intrusion detection and prevention systems.