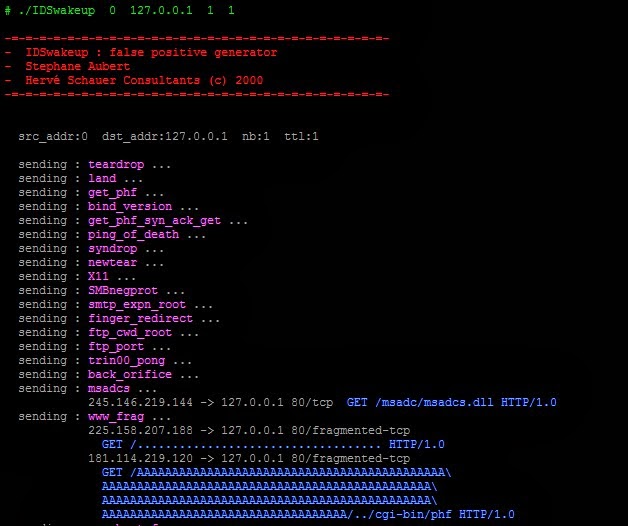 IDSwakeup is a collection of tools that allows to test network intrusion detection systems.
The main goal of IDSwakeup is to generate false attack that mimic well known ones, in order to see if NIDS detects them and generates false positives.

This release of IDSwakeup includes:
IDSwakeup suite is written by Stéphane Aubert, it is available in a beta version and published under a BSD-style license.