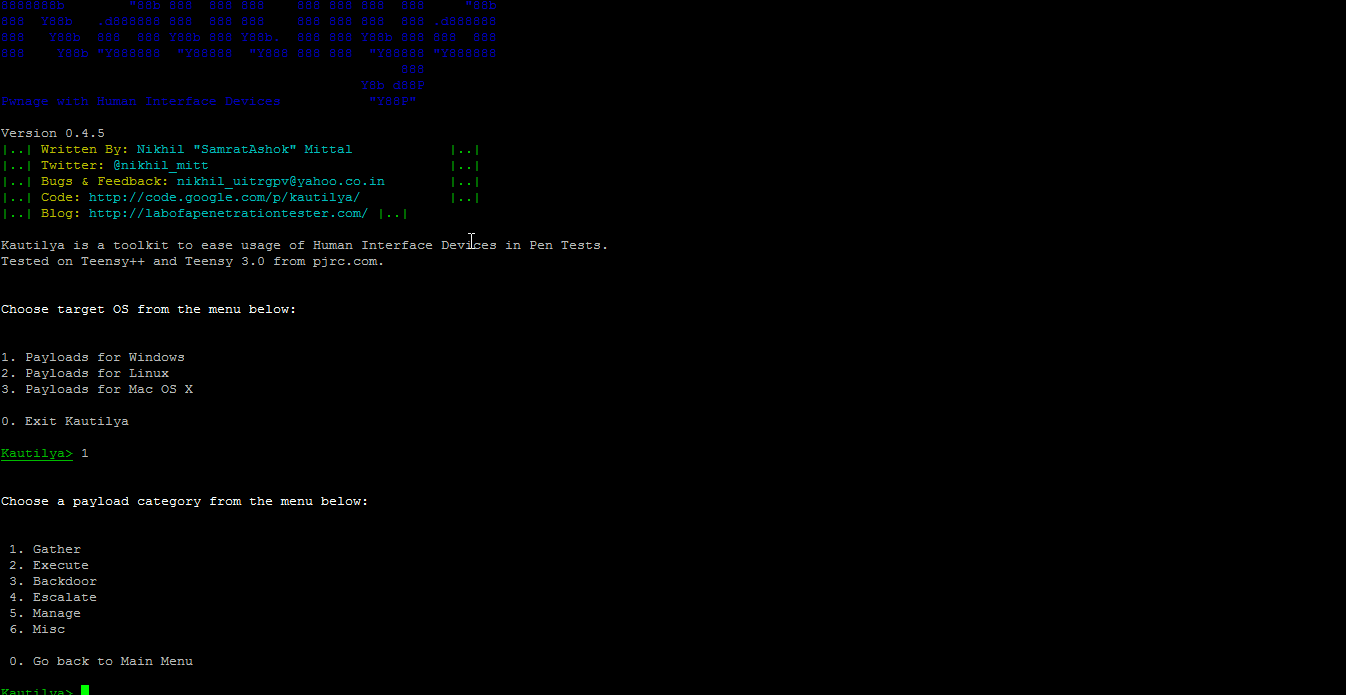 Kautilya is a toolkit which provides various payloads for Teensy device which may help in breaking in a computer. The toolkit is written in Ruby.