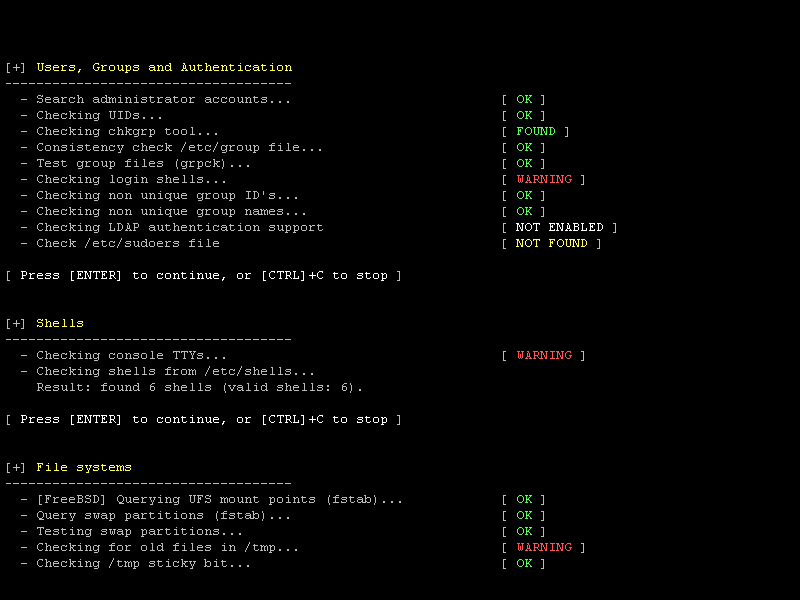 Lynis is an open source security auditing tool. Primary goal is to help users with auditing and hardening of Unix and Linux based systems. The software is very flexible and runs on almost every Unix based system (including Mac). Even the installation of the software itself is optional!

Lynis will perform hundreds of individual tests to determine the security state of the system. Many of these tests are also part of common security guidelines and standards. Examples include searching for installed software and determine possible configuration flaws. Lynis goes further and does also test individual software components, checks related configuration files and measures performance. After these tests, a scan report will be displayed with all discovered findings.