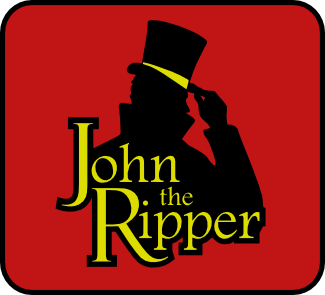 John the Ripper is a free password cracking software tool. Initially developed for the Unix operating system, it now runs on fifteen different platforms (eleven of which are architecture-specific versions of Unix, DOS, Win32, BeOS, and OpenVMS). It is one of the most popular password testing and breaking programs as it combines a number of password crackers into one package, autodetects password hash types, and includes a customizable cracker. It can be run against various encrypted password formats including several crypt password hash types most commonly found on various Unix versions (based on DES, MD5, or Blowfish), Kerberos AFS, and Windows NT/2000/XP/2003 LM hash. Additional modules have extended its ability to include MD4-based password hashes and passwords stored in LDAP, MySQL, and others.
John the Ripper 1.8.0-jumbo-1 is based on today’s code from the bleeding-jumbo branch on GitHub, which we’ve tried to make somewhat stable lately in preparation for this release.
You may notice that the source code archive size has increased from under 2 MB to over 20 MB. This is primarily due to the included .chr files, which are both bigger and more numerous than pre-1.8 ones. There are lots of source code additions, too.
In fact:
This is probably the biggest single jumbo update so far. The changes are too numerous to summarize – unfortunately, we haven’t been doing that during development, and it’d be a substantial effort to do it now, delaying the release to next year. So we chose to go ahead and release whatever we’ve got. (Of course, there are the many commit messages -but that’s not a summary.)
A really brief summary, though, is that there are new “formats” (meaning more supported hash and “non-hash” types, both on CPU and on GPU), various enhancements to existing ones, mask mode, better support for non-ASCII character sets, and of course all of 1.8.0’s features (including –fork and –node). And new bugs. Oh, and we’re now using autoconf, meaning that you need to “./configure” and “make”, with all the usual pros and cons of this approach. There’s a Makefile.legacy included, so you may “make -f Makefile.legacy” to try and build JtR the old way if you refuse to use autoconf… for now…and this _might_ even work… but you’d better bite the bullet. (BTW, I have no current plans on autoconf’ing non-jumbo versions of JtR.)
Due to autoconf, things such as OpenMP and OpenCL are now enabled automatically (if system support for them is detected during build). When this is undesirable, you may use e.g. “./configure –disable-openmp” or “./configure –disable-openmp-for-fast-formats” and run with –fork to achieve a higher cumulative c/s rate across the fork’ed processes.
Out of over 4800 commits since 1.7.9-jumbo-7, over 2600 are by magnum, making him the top contributor. Other prolific contributors are JimF, Dhiru Kholia, Claudio Andre, Frank Dittrich, Sayantan Datta.
There are also multiple commits by (or attributed to) Lukas Odzioba, ShaneQful, Alexander Cherepanov, rofl0r, bwall, Narendra Kangralkar, Tavis Ormandy, Spiros Fraganastasis, Harrison Neal, Vlatko Kosturjak, Aleksey Cherepanov, Jeremi Gosney, junmuz, Thiebaud Weksteen, Sanju Kholia, Michael Samuel, Deepika Dutta, Costin Enache, Nicolas Collignon, Michael Ledford. There are single commits by (or attributed to) many other contributors as well (including even one by atom of hashcat).
Download John the Ripper 1.8.0-jumbo-1
Etiquetas: Brute-force, Bruteforcer, Cracking, Hash Cracker, John the Ripper, Linux, Mac, Password, Password Cracker, Windows
Share:
Entrada más reciente Entrada antigua
Loading...