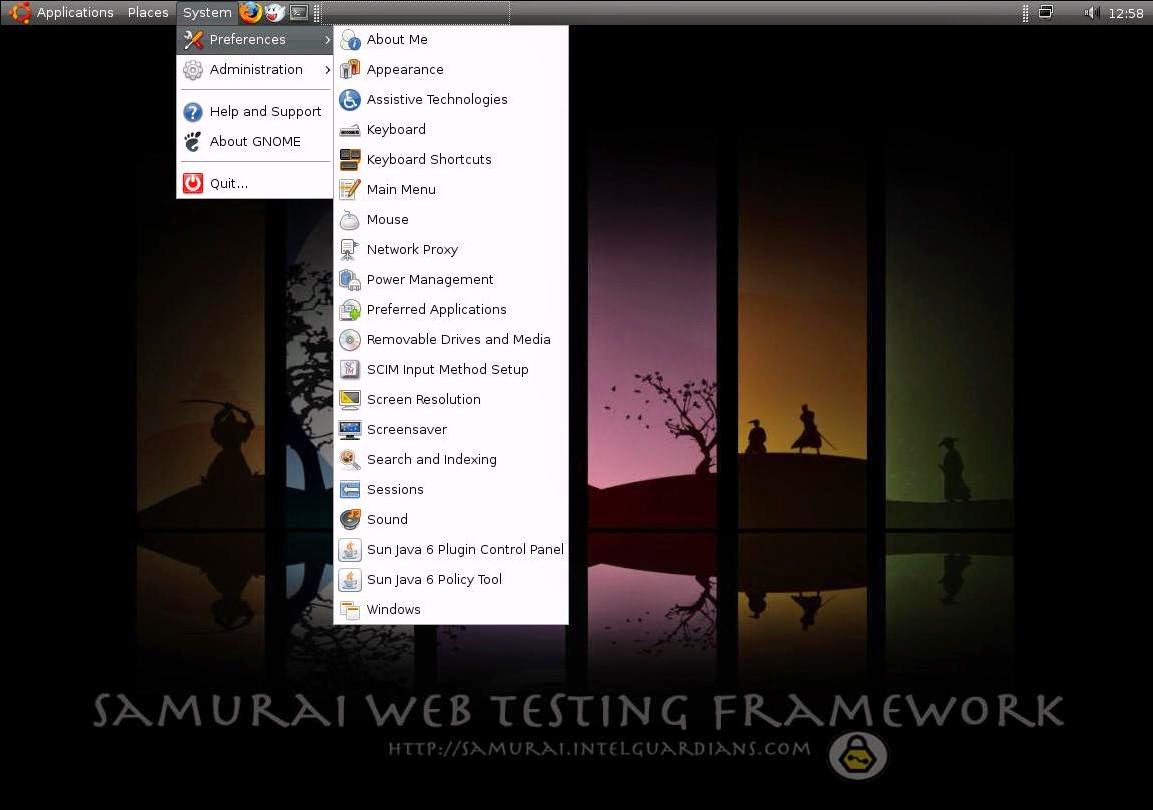 The Samurai project team is happy to announce the release of a development version of the Samurai Web Testing Framework. This release is currently a fully functional linux environment that has a number of the tools pre-installed. Our hope is that people who are interested in making this the best live CD for web testing will provide feedback for what they would like to see included on the CD.
The Samurai Web Testing Framework is a live linux environment that has been pre-configured to function as a web pen-testing environment. The CD contains the best of the open source and free tools that focus on testing and attacking websites. In developing this environment, we have based our tool selection on the tools we use in our security practice. We have included the tools used in all four steps of a web pen-test.
Starting with reconnaissance, we have included tools such as the Fierce domain scanner and Maltego. For mapping, we have included tools such WebScarab and ratproxy. We then chose tools for discovery. These would include w3af and burp. For exploitation, the final stage, we included BeEF, AJAXShell and much more. This CD also includes a pre-configured wiki, set up to be the central information store during your pen-test.
Tools