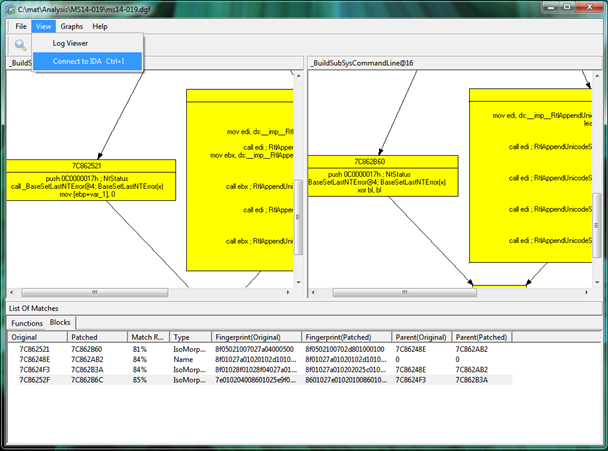 DarunGrim is a binary diffing tool. DarunGrim is a free diffing tool which provides binary diffing functionality.
Binary diffing is a powerful technique to reverse-engineer patches released by software vendors like Microsoft. Especially by analyzing security patches you can dig into the details of the vulnerabilities it's fixing. You can use that information to learn what causes software break. Also that information can help you write some protection codes for those specific vulnerabilities. It's also used to write 1-day exploits by malware writers or security researchers.
This binary diffing technique is especially useful for Microsoft binaries. Not like other vendors they are releasing patch regularly and the patched vulnerabilities are relatively concentrated in small areas in the code. That makes the patched part more visible and apparent to the patch analyzers.