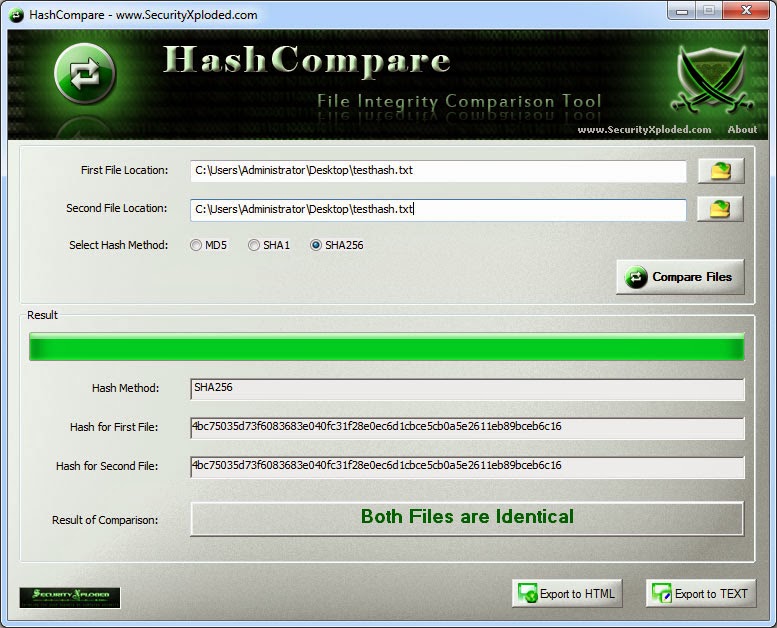 Hash Compare is the FREE File Hash comparison tool. It performs Hash based Integrity Comparison using any of the the popular hash algorthms such as MD5, SHA1 or SHA256.
To make the task easier and quicker, it also supports the 'File Drag & Drop' feature. That means you can just drag & drop one or both files directly without wasting much time in selecting them.
Hash based method is the standard way of verifying the integrity of files. Often it is used to check the Integrity of Download Files downloaded from the internet. It is also used to compare two versions of the same file. In such cases HashCompare comes handy in performing quick comparison of the files.
It is fully portable and works on all Windows platforms starting from Windows XP to Windows 8.
Features
Download Hash Compare
Etiquetas: Compare Md5, Compare Sha256, File Compare, File Integrity, Hash Comparator, Hash Compare, Windows
Share:
Entrada más reciente Entrada antigua
Loading...