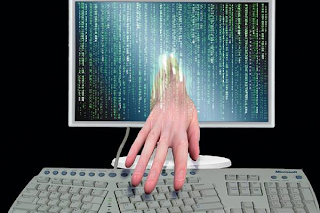 The enhanced Mitigation Experience Toolkit (EMET) is designed to help prevent hackers from gaining access to your system.
Software vulnerabilities and exploits have become an everyday part of life. Virtually every product has to deal with them and consequently, users are faced with a stream of security updates. For users who get attacked before the latest updates have been applied or who get attacked before an update is even available, the results can be devastating: malware, loss of PII, etc.
Security mitigation technologies are designed to make it more difficult for an attacker to exploit vulnerabilities in a given piece of software. EMET allows users to manage these technologies on their system and provides several unique benefits:
1. No source code needed: Until now, several of the available mitigations (such as Data Execution Prevention) have required for an application to be manually opted in and recompiled. EMET changes this by allowing a user to opt in applications without recompilation. This is especially handy for deploying mitigations on software that was written before the mitigations were available and when source code is not available.
2. Highly configurable: EMET provides a higher degree of granularity by allowing mitigations to be individually applied on a per process basis. There is no need to enable an entire product or suite of applications. This is helpful in situations where a process is not compatible with a particular mitigation technology. When that happens, a user can simply turn that mitigation off for that process.
3. Helps harden legacy applications: It’s not uncommon to have a hard dependency on old legacy software that cannot easily be rewritten and needs to be phased out slowly. Unfortunately, this can easily pose a security risk as legacy software is notorious for having security vulnerabilities. While the real solution to this is migrating away from the legacy software, EMET can help manage the risk while this is occurring by making it harder to hackers to exploit vulnerabilities in the legacy software.
4. Ease of use: The policy for system wide mitigations can be seen and configured with EMET’s graphical user interface. There is no need to locate up and decipher registry keys or run platform dependent utilities. With EMET you can adjust setting with a single consistent interface regardless of the underlying platform.
5. Ease of deploy: EMET comes with built-in support for enterprise deployment and configuration technologies. This enables administrators to use Group Policy or System Center Configuration Manager to deploy, configure and monitor EMET installations across the enterprise environment.
6. Ongoing improvement: EMET is a living tool designed to be updated as new mitigation technologies become available. This provides a chance for users to try out and benefit from cutting edge mitigations. The release cycle for EMET is also not tied to any product. EMET updates can be made dynamically as soon as new mitigations are ready
The toolkit includes several pseudo mitigation technologies aimed at disrupting current exploit techniques. These pseudo mitigations are not robust enough to stop future exploit techniques, but can help prevent users from being compromised by many of the exploits currently in use. The mitigations are also designed so that they can be easily updated as attackers start using new exploit techniques

The feature set for this new version of the tool was inspired by our desire for EMET to be an effective mitigation layer for a wider variety of potential software exploit scenarios, to provide stronger protections against scenarios where EMET protection already exists, and to have a way to respond to 0day exploits as soon as possible. Here are the highlights of the EMET 4.0 feature set:
SSL/TLS Certificate Trust features
EMET 4.0 allows users to configure a set of certificate pinning rules to validate digitally signed certificates (SSL/TLS certificates) while browsing with Internet Explorer. This option allows users to configure a set of rules able to match specific domains (through their SSL/TLS certificates) with the corresponding known Root Certificate Authority (RootCA) that issued the certificate. When EMET detects the variation of the issuing RootCA for a specific SSL certificate configured for a domain, it will report this anomaly as an indicator of a potential man-in-the-middle attack.
Advanced users can also add exceptions for each pinning rule. This will allow EMET to accept SSL/TLS certificates even if the pinning rule doesn’t match. Exceptions are related to some properties of the RootCA certificate, such as key size, hashing algorithm, and issuer country.
Strengthened mitigations, blocking bypasses
We learned a great deal during the “Technical Preview” phase of EMET 3.5. We saw researchers poking and presenting clever tricks to bypass EMET’s anti-ROP mitigations. EMET 4.0 blocks these bypasses. For example, instead of hooking and protecting only functions at the kernel32!VirtualAlloc layer of the call stack, EMET 4.0 will additional hook lower level functions such as kernelbase!VirtualAlloc and ntdll!NtAllocateVirtualMemory. These “Deep Hooks” can be configured in EMET’s Advanced Configuration. We have seen exploits attempt to evade EMET hooks by executing a copy of the hooked function prologue and then jumping to the function past the prologue. With EMET 4.0’s “Anti detours” option enabled, common shellcode using this technique will be blocked. Finally, EMET 4.0 also includes a mechanism to block calls to banned API’s. For example, a recent presentation at CanSecWest 2013 presented a method of bypassing ASLR and DEP via ntdll!LdrHotPatchRoutine. EMET 4.0’s “Banned API” feature blocks this technique.
Application compatibility fixes
Users of previous versions of EMET had encountered isolated compatibility issues when enabling mitigations on both Microsoft and third party software. EMET 4.0 addresses all these known app-compat issues. That list includes issues in the following areas:
- Internet Explorer 9 and the Snipping Tool
- Internet Explorer 8’s Managed Add-ons dialog
- Office software through SharePoint
- Access 2010 with certain mitigations enabled
- Internet Explorer 10 on Windows 8
The EMET 4.0 installer also opts-in protection rules with certain mitigations disabled where we know a mitigation interacts poorly with certain software. Examples include Photoshop, Office 2013’s Lync, GTalk, wmplayer, and Chrome.
Early Warning Program for enterprise customers and for Microsoft
When an exploitation attempt is detected and blocked by EMET, a set of information related to the attack is prepared with the Microsoft Error Reporting (MER) functionality. For enterprise customers collecting error reports via tools like Microsoft Desktop Optimization Package or the Client Monitoring feature of System Center Operations Manager, these error reports can be triaged locally and used as an early warning program indicating possible attacks again the corporate network. For organizations that typically send all error reports to Microsoft, this information will add to the set of indicators we use to hunt attacks in the wild, and will facilitate the remediation of issues with security updates before vulnerabilities become a large scale threat. The EMET Privacy Statement (available also via the main EMET window) includes more information about the type of data that will be sent in the error report via Microsoft Error Reporting. The Early Warning Program is enabled by default for the EMET 4.0 Beta and can be disabled in the EMET UI or via the EMET command line component. We are eager to hear customer feedback about this feature to help shape the Early Warning Program for the EMET 4.0 final release.
Audit Mode
When previous versions of EMET detected exploitation attempts, it would report the attack via the EMET agent and then terminate the program to block the attack. For EMET 4.0, in response to customer feedback, we provided an option to configure EMET’s behavior when it detects an exploitation attempt. The default option remains to terminate the application. However, customers wanting to test EMET in a production environment can instead switch to “Audit Mode” to report the exploitation attempt but not terminate the process. This setting is not applicable for all mitigations but we provide this option whenever possible.
Other Improvements
EMET 4.0 includes a bunch of other improvements. The quantity of new features and volume of work put into this release is the reason we skipped the EMET 3.5 full release and jumped straight to EMET 4.0. Please refer to the EMET 4.0 Beta Users Guide for the full set of features but here are several other highlights:
- EMET Notifier becomes EMET Agent, with new duties and functionalities
- More granular reporting options (tray icon, event log, both, or none)
- New default profiles for both mitigations and Certificate Trust
- Registry configuration to customize the EMET Agent’s messaging
- Optimized RopCheck for significantly better performance
- Numerous UI tweaks to make EMET easier to use
- Enable wildcard support when adding applications to be protected
- Allow processes to be protected even if they do not have .exe extension
- Switched to .NET Framework 4.0
- EMET is an officially supported Microsoft tool with support available for customers with Premier contract
Download EMET v4.0 Beta
Etiquetas: EMET, EN, Toolkit, Windows
Share:
Entrada más reciente Entrada antigua
Loading...