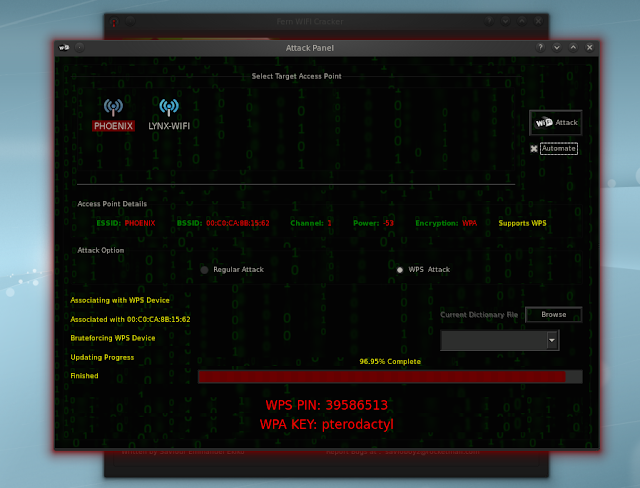 Fern Wifi Cracker is a Wireless security auditing and attack software program written using the Python Programming Language and the Python Qt GUI library, the program is able to crack and recover WEP/WPA/WPS keys and also run other network based attacks on wireless or ethernet based networks

The Software runs on any Linux machine with the programs prerequisites, But the program has been tested on the following Linux based operating systems:

The Program requires the following to run properly:
The following dependencies can be installed using the Debian package installer command on Debian based systems using "apt-get install program" or otherwise downloaded and installed manually 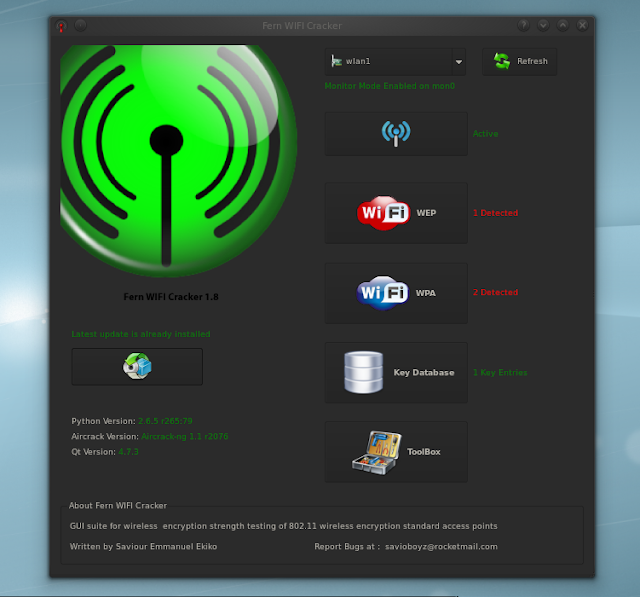