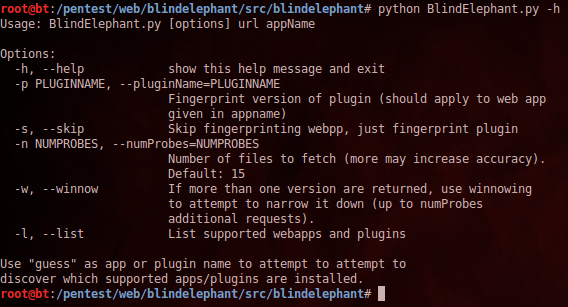 The BlindElephant Web Application Fingerprinter attempts to discover the version of a (known) web application by comparing static files at known locations against precomputed hashes for versions of those files in all all available releases.
The technique is fast, low-bandwidth, non-invasive, generic, and highly automatable.

BlindElephant can be used directly as a tool on the command line, or as a library to provide fingerprinting functionality to another program.